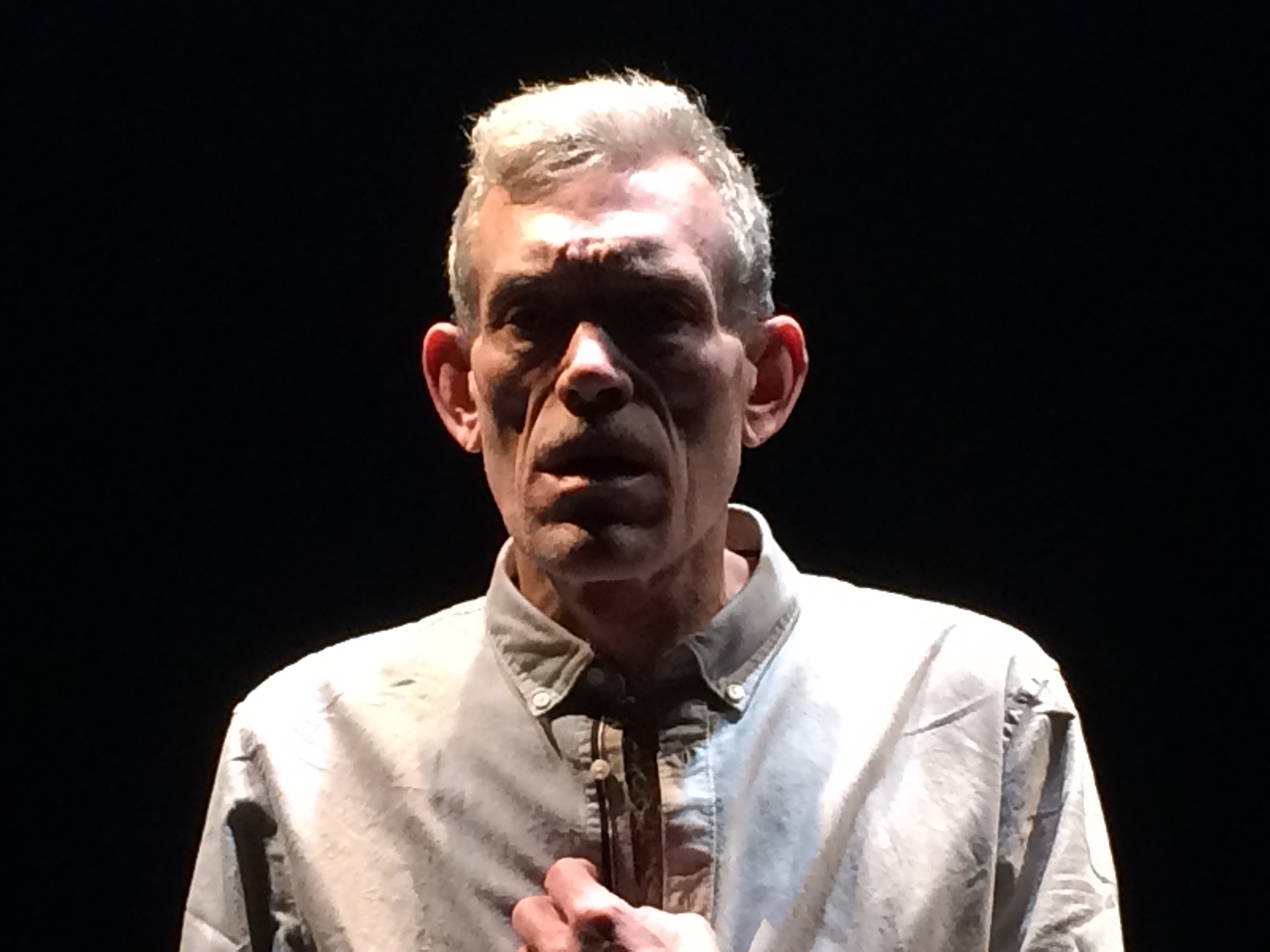 When improvising, each performer is working simultaneously on many different levels of perception; listening, watching, sensing, acting, and reacting to one’s self and one’s partners in a given space and time. The art of improvisation resides in each performer’s ability to remain open to the wealth of internal and external impulses, and to receive, process, and propose material in an uninterrupted flow of feedback. How to avoid overload, how to be actively attentive, how to do nothing and still act? These are some of the questions we will address through a series of improvisational structures and games that deal with inner and outer concentration, the center and the periphery, support systems, shifting states, simultaneous time and the relationship between the actor and the witness.

MARK TOMPKINS
American dancer, choreographer, singer and teacher, Mark Tompkins founds the Company I.D.A. in 1983. He creates solos, group pieces, concerts and performances that mix dance, music, song, text and video. His way of fabricating unidentified performance objects has become his signature. Sa passion for real time composition takes him around the world, teaching and performing with many dancers and musicians. In 2008, he receives the SACD Choreography Prize for his work (Society of Dramatic Authors & Composers).
Fascinated by the friction between high and low entertainment, his performances are inspired by popular forms like music-hall, vaudeville, musicals, burlesque, and the ambivalence of gender: BLACK’N’BLUES, OPENING NIGHT, SHOWTIME, A WIND OF MADNESS, LE PRINTEMPS, BAMBI. He sings and dances in the concert NEVER MIND THE FUTURE with Sarah Murcia, and collaborates with the Portuguese choreographer Mariana Tengner Barros in A POWER BALLAD and RESURRECTION.